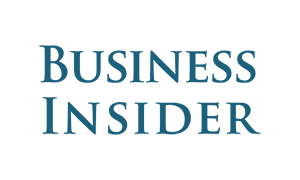 Our President Jay Friedman talks to Business Insider about ad-supported TV and the dwindling opportunities to advertise in the next few decades. Our Learning & Development Director Jodi Younes talks to HR Technologist about how to best provide learning experiences to employees. Save time. Get ahead. Stay knowledgeable. Do all three by skimming our expert compilation of today’s top digital media industry news:

The ad unit is available in Display and Video 360 (DV360) – the platform once known as DoubleClick Bid Manager – and media buyers can use first-, second- and third-party data to target Waze’s 115 million users.

Spiros Fotinos, global head of brand management and marketing at Lexus said, “This isn’t about us replacing agencies, but we do need to be in a position where we have the people internally who can hold a conversation with those partners as well as media owners.”

While we’re on track and picking up momentum getting more women involved in ad tech and at higher levels, Amanda believes more work still needs to be done: That work involves women speaking up and wanting to expand their technical skills as well as ad tech leadership willing to mentor, offer referral bonuses, and give women more opportunity for employment and advancement.

In a statement, the newest FCC Commissioner Geoffrey Starks said “restoring enforceable rules and reinstating the FCC as the cop on the beat responsible for protecting consumers” will protect net neutrality. He also said, “The endurance of the open internet cannot be left to chance or the whims of massive profit-maximizing corporations.”

If net neutrality rules are restored, they would prevent broadband providers from blocking or throttling internet traffic, charging fees for better delivery, or trying to keep content providers from reaching consumers.

Mike Sievert, COO and president of T-Mobile said, “TVision Home is about so much more than home TV … it’s TV built for the 5G era. With new T-Mobile, we’ll bring real choice, competition, better service, lower prices and faster speeds … right into your living room. And – speaking of speed – while the Cableopoly innovates at the pace of the cable companies, we’ll innovate at the pace of the internet to give customers more value and more freedom more quickly.”

Home Secretary Sajid Javid said, “The tech giants and social media companies have a moral duty to protect the young people they profit from. Despite our repeated calls to action, harmful and illegal content – including child abuse and terrorism – is still too readily available online. That is why we are forcing these firms to clean up their act once and for all. I made it my mission to protect our young people – and we are now delivering on that promise.”

Social Media Today’s Andrew Hutchinson said, “There’s a heap to take in here – and while most, if not all, of these measures will have little to no impact on digital marketers, it’s important to understand how these updates could change your content reach and performance, even, maybe, as a side effect.”

Though this a win for smaller sellers, some agencies believe Amazon’s true motivations behind the data release are to promote Seller Central – to entice Vendor Central sellers to make the switch to Seller Central – and to get sellers to invest more in the Amazon platform.

Jill Ramsey, Macy’s chief digital officer, said, “Changes at Macy’s need to be implemented faster and better. Our goal right now is to look at new areas of the business like Story to improve and overhaul the metabolism of the company.”

Jasmine Enberg, an eMarketer senior analyst, said, “Increased competition from new and existing social platforms is partly to blame for Snapchat’s decline. But the product launches the company announced last week, including an in-app gaming platform, may improve user engagement and time spent, particularly among its core young user base. Gaming also provides a new revenue stream for Snapchat that could boost its ad business in the future.”

If you want to stay connected to all the digital media news, topics and insights you need to know, follow our blog. Or, talk with us to learn how to grow your knowledge and your business. Our Director of Enterprise Partnerships Amanda Martin shares what the ad tech industry can do to improve diversity in leadership and the workforce.